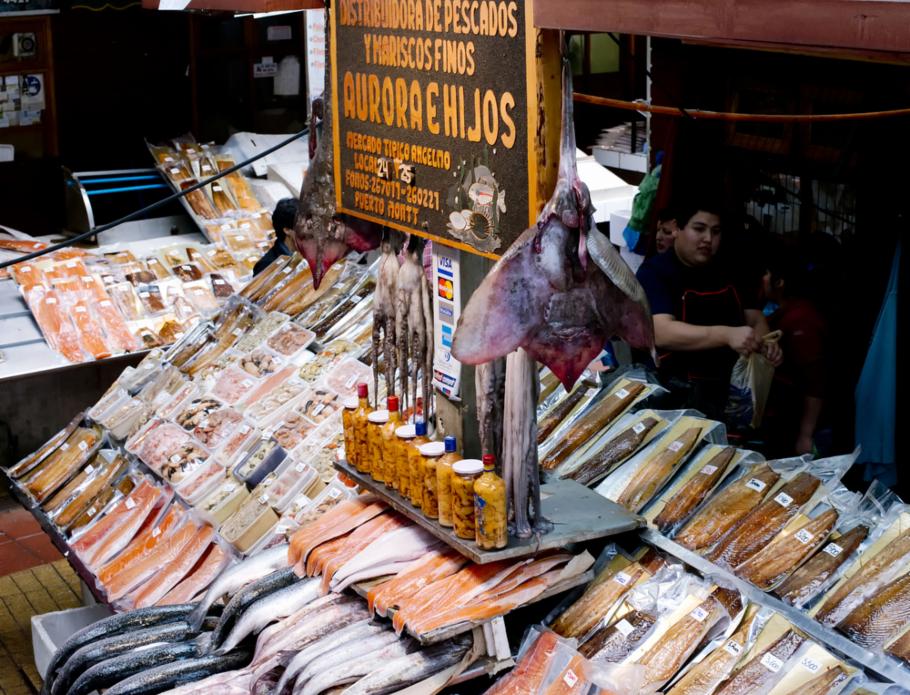 Chile’s population in 2016 crossed the 18 million mark, of whom only an estimated 5,000 are Muslims. The country’s halal infrastructure is robust relative to its small Muslim population and the country has significant potential to increase its exports of halal beef, lamb, fish and a large variety of dried fruits and nuts to Organisation of Islamic Cooperation (OIC) countries.

Founded in September 2010, Chilehalal & HFI is a joint Chilean-French organization specialized in halal auditing and certifying. It also organizes the annual Latin America Halal Expo, which attracts companies and certifiers from across South America.

“Following the 1973 coup d’état, my family went into exile in France, where I converted to Islam,” said Hidalgo. “After my return a big French client wanted to import meat from Chile, yet with French halal certification.”

“We tried to cooperate with A Votre Service (AVS), France’s leading halal certifier, but that proved too difficult for a number of technical and legal reasons,” he continued. “So, AVS advised us to start our own organization.

Today, Chilehalal & HIF has 30 employees and has become a recognized brand name across South America and the world. It has so far certified some 35 Chilean companies and is active in several other Latin American countries such as Ecuador and Columbia.

The certifier’s clientele exports around 35,000 tons of meat and 475,000 tons of other food products to 27 countries worldwide. Their main destinations are Muslim communities in non-OIC countries and areas: China, the European Union, Australia and Canada.

Among the 35 certified companies are eight slaughter houses, five of which are supervised permanently and three frequently by Chilehalal & HIF. So far, the organization has only certified Chilean beef and lamb producers.

“Our clients demand that chicken is not stunned before being killed by hand,” said Hidalgo. “Unfortunately, we have not been able to find a processing facility that can meet that demand in a regular and reliable manner, so we’ve decided to stay away from certifying chicken.”

Chile is not a major chicken or beef producer. According to the USDA Foreign Agricultural Service, production of broiler meat in 2015 amounted to 599,000 MT, some 98 MT of which were exported, mainly to the USA, Mexico and China.

Chile’s beef production in 2015 reached 216,860 MT (of carcass weight equivalent), some 11,451 MT of which were exported, mainly to China, South Korea and within South America.

Due to the competition with big beef producers such as the United States and Brazil, Chilean lamb arguably has more potential.

“We have been halal-certified since 2011,” Derick Leddy, Head of Export at Chile’s biggest lamb farming business Agromarin, told Salaam Gateway. Founded in 1981, Agromarin has a farm of around 160,000 hectares and a flock of 10,000 head of a special breed it developed–the Marin Magellan Meat Merino Ram Stud.

“All of our production is 100 percent halal,” said Leddy. “Our main export destinations are the USA, the EU and China, but we’d like to enter Dubai. I am negotiating terms with a major supermarket chain (Spinneys) but haven’t sold anything yet. We’d also like to grow in Japan.”

Salmon and other seafood

Blessed with a 6,500 kilometer coastline, Chile is a large producer of fish, especially salmon and trout, and other seafood. The country is the world’s second largest producer of salmon after Norway and many of its salmon farms have been halal-certified.

“Seafood in itself is halal of course,” said Hidalgo. “But colorants are used to make the salmon look fresh and pink on the shelves of a supermarket. We make sure the products used are halal-compliant.”

Chile mainly sells frozen salmon. Main export destinations are the U.S. (32 percent), Japan (24 percent), and Brazil (13 percent). Demand in the Middle East is growing, which so far is mainly met by Norwegian salmon.

The country’s fisheries blamed the unusually high sea temperatures for the poisonous algae. However, environmentalists claim the high usage of antibiotics in the salmon farming industry was a factor, as the algae thrive on the high levels of nitrogen. Because of the high levels of antibiotics, some American retailers have switched to importing Norwegian salmon.

Chile is also the world’s second largest exporter of mussels, mainly to Europe and the U.S. In 2011, the country’s biggest producer, Toralla, became halal-certified to export to Malaysia, among other countries.

Chile is also a leading producer of fresh and dried fruits, as well as nuts. During 2013, the country exported $723.7 million in dried and dehydrated fruit and nuts, of which $11.5 million went to the UAE.

“Of course, all markets are important to us, but the Middle East is our smallest export destination,” said Araye. “First come the U.S., Europe, the Far East, other countries in Latin America, and only then the Middle East.

« We produced 1,700 tons of walnuts and 1,000 tons of dried plums this season, » said Vierra Martinez, sales manager of Terraida, to Salaam Gateway. « We are not halal-certified, as we do not export to the Islamic world yet. But we may do in the future. »

Getting halal-certified has its advantage for dried fruit and nuts. “When dried, the skin of fruits like plums becomes white-ish, which isn’t pleasing to the eye of the consumer,” said Hidalgo. “Colorants are added to give the skin a darker touch. Our job is to make sure they are halal-compliant.”